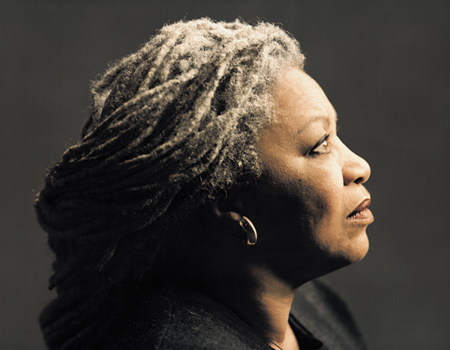 Watch www.locdlife.com this week for some exciting news!

Few authors have as much critical acclaim and honors as Toni Morrison.

Her first novel, The Bluest Eye was later chosen as a selection for the Oprah Book Club. Her novel, Sula, was nominated for the National Book Award. Her third book, Song of Solomon, was a main selection of the Book-of-the-Month Club and won the National Book Critics Circle Award. Her next novel, Beloved, won the Pulizer Prize for fiction and the American Book Award. It was later named the best American novel published in the past 25 years by the New York Times Book Review. In 1993, she won the Nobel Prize in Literature. In 1996, Morrison was selected as the Jefferson Lecture for the National Endowment for the Humanities—the U.S. government’s highest honor for achievement in the humanities. Also in that same year, Morrison was given the National Book Foundation’s Medal of Distinguished Contribution to American Letters.

Her fiction is mostly centered around women. However, it frames both genders within the context of being born, raised, and achieving maturity in a world where race and its societal-drawn boundaries defines. The Bluest Eye is about an African American girl who wished she had blue eyes. Beloved was based on the story of Margaret Garner, a woman who escaped from slavery, and when found, killed her daughter so that she wouldn’t be returned to its evils. Her novels are poetic character studies of African Americans, who with each of their own foibles, complete the rich tapestry of being an African American—good, bad, imperfect and living with imperfection.

At the age of 80, her silver locs crown a gifted author who has shared with the world a style of storytelling like no other.